"Bowled!” shouted the boy, raising his finger above his head and running to grab the bat from his brother. “Darn!” exclaimed the brother, looking at the fallen stumps behind him. He threw the bat to the ground and marched to pick the ball. “I’ll score a century now”, claimed the brother whose turn it was to bat. “You’ll get out at the next ball”, said the bowler throwing the ball to the batsman. Whack! “Four”, yelled the batsman as his brother ran to fetch the ball. “Keep your voice down or you’ll wake up mother”, chided the brother. On hot, dusty summers like this, the ladies in the colony usually enjoyed a quiet afternoon siesta. A truck drew up and parked near the gate of the house opposite to theirs. Four men jumped out, pushed the gate open and pulled out a key. Opening the door, they walked into the Sharma’s house. “Oh, the Sharmas are shifting too?” wondered the younger boy as they watched two of the men lifting the sofa out of the house and into the truck. People in the colony were constantly shifting when the menfolk got transferred. “Maybe”, replied the brother, “I heard Mrs. Sharma tell mother that they were going to Dehradun for their summer vacation. Father will know where they are moving to.” One of the men hopped onto the back of the truck and pushed the sofa into the recesses. He shouted out some instructions to his mate who went back into the house. The other two men walked to the truck carrying the dining table, while the third man came out again with a chair in each hand. “I’ll work in a bank too”, said the younger boy, watching the men work as a team, “then I’ll get to see new places every time I’m transferred.” “Come, let’s continue the game”, said the brother. The boys continued playing cricket while the men dumped the furniture and appliances in the truck. An hour passed by. The boys took a break and sat on the bench near the gate of their house. “Hey”, called out one of the men, “can I get some water to drink?” The younger boy nodded his head and went into the house. He brought a jug of water and a glass and handed it to the man. The man gulped down the water and wiped his brow. He passed the water around to the other men who joined him. All the furniture had been loaded onto the truck. “Can I get a matchbox?” asked another man sticking a beedi between his teeth. The other boy ran in and brought a matchbox. “Where are you transporting this?” asked the older boy. “Jaipur”, replied the man, lighting up. “Let’s go in”, said the boy to his younger brother glancing at the empty living room of the Sharmas through the bare window. They walked into their house clutching the water jug, glass and matchbox. Mother was still asleep. The boys began a game of snake and ladders and all the goings-on of the noon were forgotten.
Three days later, the Sharma family arrived from their holiday to find that their house had been completely robbed of every single thing they owned, the only witnesses to the incident being the boys next door aged six and four.
Posted by J at 5:35 PM 5 comments: 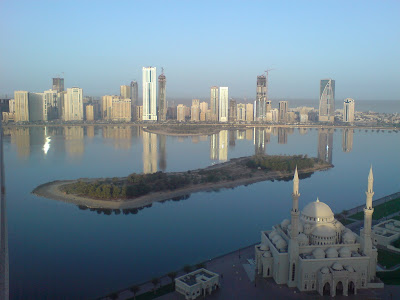 The early rays of the sun casting clear reflections on the still lagoon waters. In contrast the sea looks dull and gray in the background against the blue sky.

Labels: By the windowsill 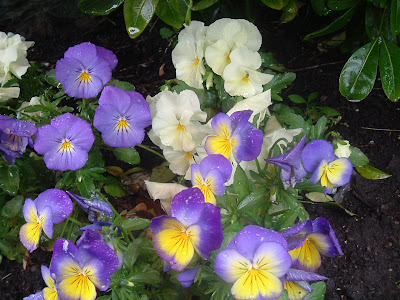 She could sense movement around her, as she was slowly gained consciousness. She stirred, though outwardly she did not move an inch. She could now hear sounds…. or voices. They were talking softly among themselves… her mother, aunts… she could hear each of their distinctive tones. She wanted to call out to them…. but her voice barely reached her own ears. She did not panic, it was the effect of the anesthesia. She felt someone sit gently beside her. Instinctively she knew it was her husband. She could feel his breath on her face, as he gently moved away the hair from her forehead. I'm here, he whispered softly. She smiled or tried to, but didn't feel her lips move. She wanted to tell him she could hear him, she felt alright and was ready to go home from the hospital. But her lips did not move and she spoke those words in her head only. She deliriously willed her eyes to open, her fingers to move but her body lay obdurate in its stillness. Suddenly, she was overwhelmed when again she felt his hand rest softly on her forehead. A silent reassurance that he was with her. A simple gesture that spoke a million words. Her heart was at peace now. She drifted into a slumber.
Posted by J at 11:46 AM 16 comments:

The truth behind the book...? 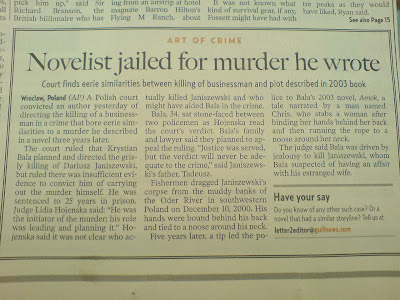 (Click on picture to read the article.)
In the newspapers here two days after I read this. 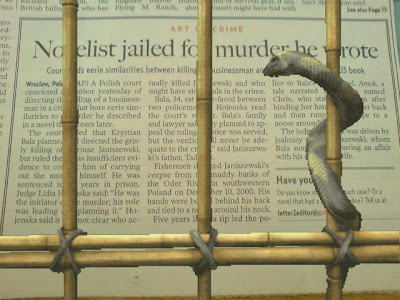 Awakening to a bright, warm morning, clear blue sky, tree in bloom and crisp cool air.
First impressions of London.
(Picture taken at six in the morning at Kingsbury, London.)
Posted by J at 6:50 PM 4 comments: 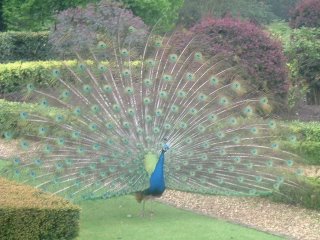 (Picture taken at Warwick Castle, UK)
Do we really have the time to marvel this beauty?
Posted by J at 10:46 AM 7 comments:

Advice to the Ladies

After long I was cleaning out my mailbox and came across this forward "Advice to the Ladies". Here it is...

J
Namastey and welcome to Currybazaar! This is my personal weblog and the recipes here have been tried and tested in my kitchen to suit the tastes of my family. Over a period of time, many of these recipes may undergo some modifications and changes according to our changing palates. You may feel free to browse thru' my posts and leave your comments or queries in the comment section of the particular recipe. Hope you enjoy your visit here. See you again! J.